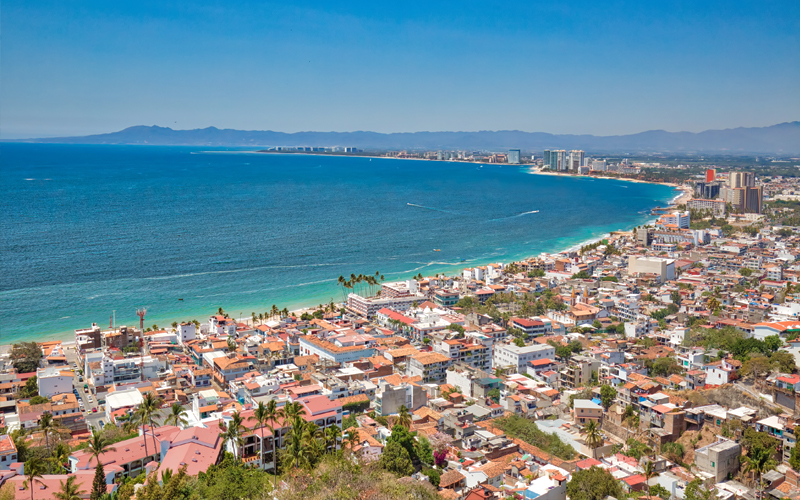 As we watch Puerto Vallarta continue to grow on an annual basis, it’s clear, there are people moving here from all over the world. There’s no doubt as to where they are coming from, though who are they? According to the Pew Research Center, hundreds of thousands of Mexicans are returning to Mexico, where they are optimistically finding life more livable than NOTB. Given that, and the amount of US citizens who continue to migrate south, there is a burgeoning scene that has affected all of Mexico, especially coastal towns. This is a phenomena occurring on both the east and west coasts and having an impressive impact on Puerto Vallarta.

These migrations have a profound and positive effect on schools, neighborhoods and the local economy overall. Where we once found large Mexican communities in cities and towns in the United States, we now have pockets of expats all over Mexico, not just in resort cities but in small settlements, far away from the hustle and bustle.

An area that has seen change and improvement is medical services and hospitals. We have always felt more than comfortable in the hands of dentists and doctors in Puerto Vallarta, appreciating not only the state-of-the-art treatment and facilities, but with the benefits of costs that are reasonable and won’t bankrupt the Average Joe if you need serious medical attention. Expats and Mexicans returning to Mexico have all heavily affected these services, as well as certain imports.

More items that were previously available only NOTB but not so much in Puerto Vallarta have made appearances over the past decade. Big box stores like Costco and Wal-Mart have been very happy to cater to the needs of those who aren’t willing to give up certain lifestyle needs. People traveling back and forth from the two countries once had lists of things to bring both for themselves and others. We remember when Campbell’s Tomato Soup was in high demand. Carrying cans of soup and albacore tuna, among other treasures, in baggage on airplanes was not unheard of. Enforcement of weight restrictions has also changed that. If traveling by auto, it wasn’t unusual to cart cheddar cheese, by the pound in a cooler. What some would consider decent wine was in short supply and though rum, tequila and gin were easy to get, good Scotch was pricy. Liqueurs, such as kahlúa and Tai Maria were plentiful but imports like Anisette or Drambuie could be requested at the local liquor store year after year with no response. Now you find them at Wal-Mart. Bed sheets with high thread count is a holdout but when we search we find stores like Chedraui carry all kinds of surprises.

Road travel has certainly changed. With autos and buses rerouted, time and again, the pressure eases and then builds again. But the introduction of services like Uber to Puerto Vallarta has brought tremendous relief.

We follow the premise that change is good, though sometimes it can be head-turning. We make our best efforts to appreciate all the good stuff.