Few things excite us as much as arriving in Puerto Vallarta. Coming in over the mountains from the north, with an approach toward the sea, where Lic. Gustavo Díaz International Airport has been receiving visitors since November 1954, when Mexicana Airlines landed their first plane in Puerto Vallarta. It’s always a thrill to land and feel the excitement in the air of both tourists and those returning home. Nearly thirty years after the first airplane landed here, we would make our first ascent into Puerto Vallarta, standing in the hot sun, waiting to check through immigration and enter the terminal to find our luggage. Over the years, as we’ve seen the airport expand and watched the many changes and expansions; Lic. Gustavo Díaz International Airport has become very similar to ports all over the world and has lost its back-to-nature charm. We are happy to have restrooms with flushing toilets and air conditioning but we do miss the old days, even if the inconveniences were annoying.

Since those early days, coming through immigration has become a long and arduous process. Even though the lines move quickly, it seems there are more people in the queue every year. Some have trouble with the forms they’ve been given to fill out while still in flight; others can’t find their passport; many are confused about where to go and how the columns are expected to file through. Delighted to be in Puerto Vallarta, they are anxious for an icy cold beer or margarita.

Exactly sixty-five years after that first landing in Puerto Vallarta, news has reached us that major improvements for entering the country are under way. There will be an increase of fourteen new customs officers, which is nearly double, during high volume times in December through the duration of high season. Music to our ears is commitment for the acquisition of new equipment for baggage inspection, similar to that used by TSA, higher tech and more efficient. We understand this is temporary until a review will be done to establish service standards, which will expedite arrivals moving through the customs area, as well. Current equipment is archaic compared to many airports of which tourists are departing from, and to where they will return.

In the discovery that some arriving tourists stand in lines for hours, the Director of the General Customs Administration vowed to make things better by partnering with the government, business sector and airport administration. He is determined to see that moving people around and exercising expediency so that they can get to the beach, will be high on his priority list. 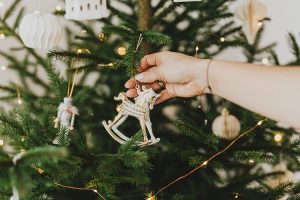 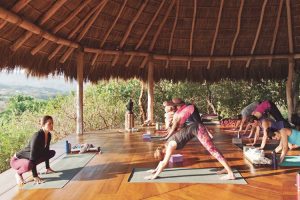 We are so excited to announce our upcoming class!